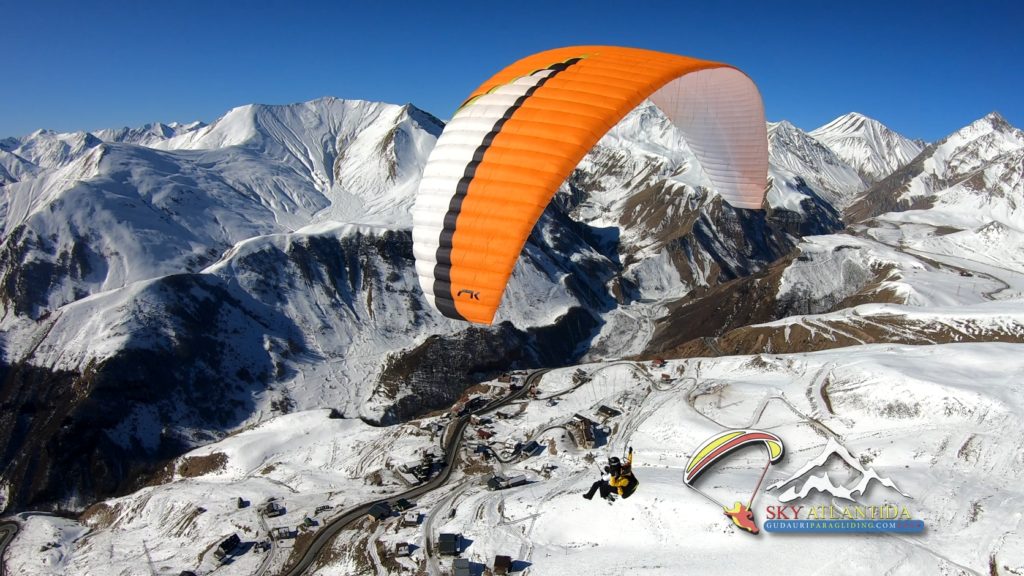 Today, paragliding in tandem with an experienced instructor is perhaps one of the few quick ways to realize an old dream – to climb to the clouds and see the whole world in the palm of your hand. To do this, you do not need to buy expensive equipment or undergo special long-term training. Professional instructors will organize the entire flight and will accompany you. You will only have to admire the picturesque views of nature from a bird’s-eye view.

Earlier we have already talked in detail about paragliding, as well as about who invented the paraglider, and how it flies. Today we will tell you what this ultralight aircraft is capable of, namely, how high it can take off, and how long the flight will last. 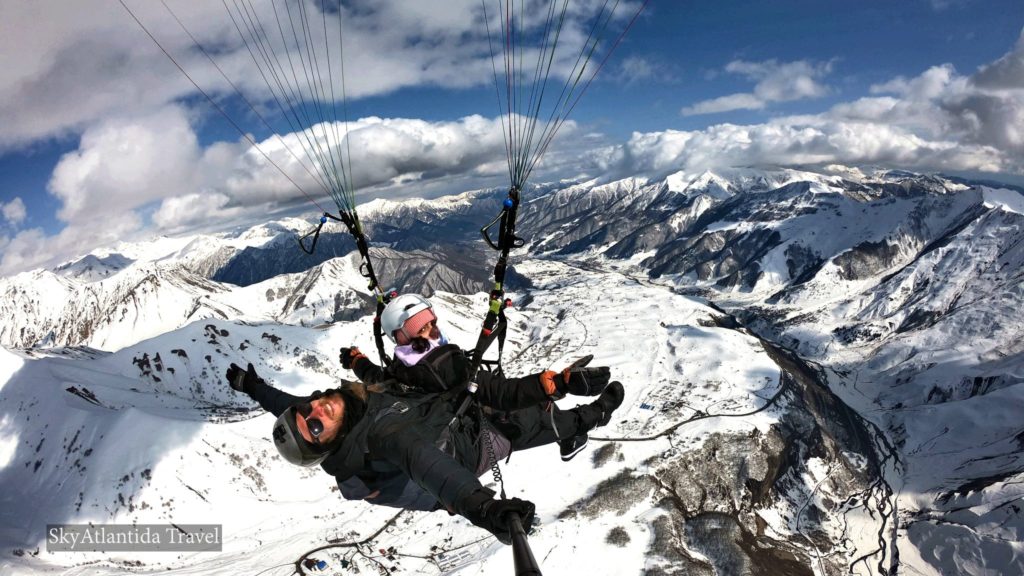 How the paraglider works

To begin with, a few words about the paraglider device. This aircraft consists of a soft wing, a sling, and a suspension system in which the passenger sits, lies or is in a reclining position. Externally, the paraglider looks like a “wing” type parachute. But if a parachute is designed to jump out of an airplane and slowly descend to the ground, then a paraglider was invented to fly. It is equipped with lighter and stiffer materials, which provides a soft aerodynamic shape, which, in turn, allows you to soar in the sky, “glide” through the air.

And, if the weather conditions are good (there are updrafts), then the pilot can spend hours under the clouds, and make fascinating trips along routes of varying complexity. The classic paraglider is not equipped with a motor, so it gains altitude with the help of wind or updrafts. There is no other way. In order to plan, that is, to move forward and control the aircraft, the pilot needs to effectively spend the gained altitude, overcoming air resistance and gravity. The higher the altitude, the longer the flight lasts, which means it will be possible to overcome a greater distance and see the incredible beauty and power of nature. Paragliding in tandem with an experienced instructor takes place in the mountains, with a suitable climate and weather conditions. Another popular way to lift a paraglider into the sky is to start from a winch. It is used for flights over plains or coasts, that is, in places where there are no high mountains. The winch allows you to gain a starting altitude from 300 to 600 meters, after that the pilot can soar in the sky for a long time.

The capabilities of the paraglider are really impressive. Despite its lightness and compactness, it is able to fly high and for a long time. The maximum soaring time, according to experienced pilots, is about 10 hours. But in this case we are talking about the record of a professional athlete-pilot. For tourists, instructors organize shorter flights, but at the same time in fantastically beautiful places. For example, a summer sightseeing tour over the Caucasian Ridge in Georgia with the company “SkyAtlantida” lasts 25-30 minutes. You will spend so much time in the air with an instructor, and you will see incredible landscapes. You will start from a height of 2100-2750 meters, and fly a distance of 6 kilometers on a paraglider, landing at the resort of Guduari. However, there are longer flights. For example, a route, 40-50 minutes long. During this time, the instructor pilot will make a sightseeing flight through the Cross Pass, the Guduari resort, the Aragvi Canyon. More than 12 kilometers of the way. A breathtaking adventure!

Meanwhile, flights are carried out not only in summer. You can climb into the sky in winter! To do this, SkyAtlantida has four flight programs:

The flight time in each program is calculated from weather conditions, including. It is worth noting that the price of each tour necessarily includes:

The paraglider is considered one of the slowest aircraft. The minimum horizontal speed is up to 25 kilometers per hour. However, where to hurry when the clouds are just around the corner?

Today, even children from the age of five can take part in a paragliding flight in tandem with an experienced instructor! Paragliding is a type of transport that is also accessible to people with disabilities. Special passengers in the company of professional instructors can, just like everyone else, take off and soar along with the clouds. SkyAtlantida instructors have extensive experience and knowledge, regularly undergo training, thereby confirming the high rank of professionals.

Of course, the altitude of the flight, and hence the distance that the paraglider will overcome, depends on many factors. This is not an airplane that will strictly perform the entire journey according to the specified parameters. But even the work of the “iron bird” depends on the weather. And the worse it is, the more likely that the flight will be postponed to another time.

Same with a paraglider. In clear sunny weather, the flight will last longer. The pilot will be able to catch thermal updrafts, which are formed due to uneven warming of the earth. Warm air rises up in “bubbles”. These are thermal updrafts, they depend on solar activity. By processing the so-called thermals, the pilot will be able to climb higher and higher.

The world of paragliding has its own records. Among the major achievements is the world altitude record in 2021. In July, athlete Antoine Girard was able to climb a paraglider to a height of 8,407 meters! Only planes are higher. For example, passenger airliners fly at an altitude of 10000-12000 meters. And small light-engine small aircraft do not rise into the sky above two thousand meters at all.

SkyAtlantida instructor pilots fly at an average altitude of 2100-2750 meters. This is enough to fully enjoy all the magnificent landscapes of the Caucasus Mountain Range in Georgia, and to see all the details of the local nature. However, the program of one of the winter route tours is designed to start from a height of more than three thousand meters. This is a sightseeing flight that lasts 20-35 minutes, and is also available to children aged five and over.

We have already said that the higher the flight, the further the paraglider will fly. The longest route on a non-motorized aircraft was more than 500 kilometers, and it lasted more than 10 hours. But, as a rule, the average figures of record holders are 250-300 kilometers. For tourists, of course, sightseeing tours are conducted along routes with a much smaller distance. And this is due not only to the time in flight, but also to special training. Not every athlete will sit for several hours in a suspended device. Therefore, for those who want to fly a paraglider in tandem with an instructor, routes have been developed that are optimal in time and distance.

A paraglider is considered an ultralight aircraft. Its weight is only 5-10 kilograms. It easily fits into a backpack, and is ready to take off on the spot in five minutes. The most compact, mobile aircraft actually has great capabilities!

See for yourself by booking a route flight in tandem with an experienced instructor “SkyAtlantida“. Touch the sky!